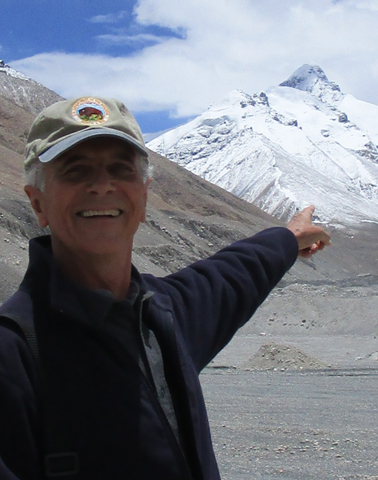 From 1973 to 1978 Mr. Quinn was employed by the Theosophical Society in America, which he joined in the year 1969.  He was first the Assistant Editor and thereafter the Editor of The American Theosophist and Quest magazine, and an Associate Editor of the Theosophical Publishing House in Wheaton.  Since his first publication in The American Theosophist in 1971, he has published two books–one being his doctoral dissertation titled The Only Tradition–and numerous articles on comparative religion, spirituality, and metaphysics, as well as articles on American Indian history, culture, and law in national academic journals and law reviews. He has been both a lecturer for the Theosophical Society and a guest lecturer at several universities and has appeared on the faculty of numerous seminars and workshops in all these subject areas.

From 1982 to 1987, Mr. Quinn was an ethnohistorian for the Bureau of Indian Affairs, applying his training in tribal religion to anthropological and ethnohistorical inquiries into American Indian groups seeking Federal acknowledgment. Following law school, Mr. Quinn was in private practice for over ten years in Phoenix, specializing in Federal Indian law, first as a partner in the firm of Shea & Wilks and later as Of Counsel in the firm of Snell & Wilmer.
For the last six years of his legal career, Mr. Quinn was the Field Solicitor for the Office of the Solicitor, Phoenix Office, in the Department of the Interior. In that position, he represented various bureaus and services of the Department in Arizona and throughout the American Southwest, including the Bureau of Indian Affairs.  In his years as both a Federal attorney and as a tribal attorney representing federally recognized Indian tribes and Indian people, he appeared in virtually every level of judicial forum of the State of Arizona and courts of the United States.