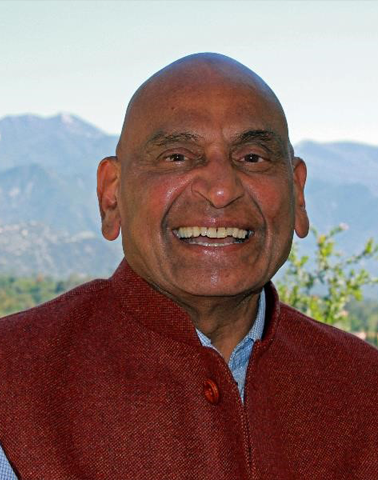 Dr RaviRavindraRavi Ravindra obtained degrees of B.Sc.and M. Tech. from the Indian Institute of Technology, Kharagpur, before going to Canada on a Commonwealth Scholarship to do an M.S. and PhD in Physics from the University of Toronto. Later, he did an M.A. in Philosophy also, and at different times held Post-doctoral fellowships in Physics (University of Toronto), History and Philosophy of Science (Princeton University) and religion (Columbia University). He is now Professor Emeritus at Dalhousie University in Halifax (Canada) where he served for many years as a Professor in the departments of Comparative Religion, Philosophy, and of Physics. He was a Member of the Institute of Advanced Study in Princeton, a Fellow of the Indian Institute of Advanced Study in Shimla, and the Founding Director of the Threshold Award for IntegrativeKnowledge. He was a member of the Board of Judges for the Templeton Prize for Progress in Religion. He is an Honorary Member of the Scientific and MedicalNetwork and a Fellow of the Temenos Academy, England. Ravi’s spiritual search has led him to the teachings of J. Krishnamurti, G. I. Gurdjieff, Zen, Yoga, and a deep immersion in the mystical teachings of the Indian and Christian classical traditions. He is the author of several books on religion, science, mysticism, and spirituality.