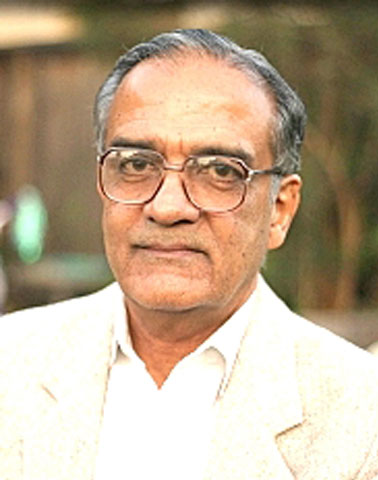 Prof. P.Krishna was born in Chennai in 1938, but brought up in Indore where his parents were educationists. After completing his B.Sc. in 1957 from Holkar College, Indore he joined the Delhi University and did his M.Sc. in Physics in 1959. That very year he came to Varanasi as a research scholar at the Banaras Hindu University where he completed his PhD in the field of X-ray Crystallography. His Ph.D. thesis was published by John Wiley and sons, New York as a book entitled, “Polymorphism and Polytypism in Crystals” in 1966 and later translated into Russian by the Academy of Earth sciences in USSR&gt;.

Thereafter he was appointed on the faculty of the Physics Dept. as a Lecturer and rose to become a Reader in 1968 and Professor in 1972. He has published two books and over 70 research papers in international journals. He has also been the Chairman of the Commission of Crystallographic Teaching of the International Union of Crystallography. He was elected Fellow of the Indian Academy of Sciences, Bangalore as well as Indian National Science Academy, New Delhi in recognition of his research contributions. He has conducted post-doctoral research at the University of Cambridge, the University of Wisconsin, the Cambridge Research labs in Boston, the University of Bristol in England and the Max Planck Institute in Stuttgart, while on study leave from BHU at different times during his career as a scientist.

In 1986, at the personal invitation of Shri J.Krishnamurti, he took voluntary retirement from BHU and joined the Rajghat Education Centre of the Krishnamurti Foundation India as its Rector. He was also Principal of the Rajghat Besant school till 2003.

Prof. Krishna is a trustee of the Krishnamurti Foundation India and a life-member of the Theosophical Society. He has delivered lectures and conducted dialogues on the teachings of J.Krishnamurti all over the world and lectured on issues related to education, science and spirituality. His talks can be read at www.pkrishna.org. He has recently published a book about Krishnamurti and his teachings entitled “ A Jewel on a Silver Platter: Remembering J.Krishnamuri ” Pilgrims, Delhi 2015 &amp; www.lulu.com.